4 Reasons an EV Might Be Right for You | ChargePoint 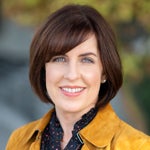 The 4 Types of EV Drivers

By 2040, over half of the cars sold worldwide will be electric (EVs). If there's one thing I've learned working at ChargePoint, it's that EV drivers aren't always who you'd expect. They come from all walks of life and live in every geography imaginable. Yet, while not every EV driver is alike today, tomorrow most people will drive EVs. From the frugal LEAF driver to the tech-savvy Tesla fanatic, there’s a story behind every purchase and it can usually be told around one of these four archetypes. To find out which EV driver you are (or will be) read on.

Charging an EV costs half as much or less than fueling up with gas, saving, on average, around $13,000 over the life of the vehicle. Because EVs don’t need oil changes and have fewer moving parts, they don’t require nearly as many trips to the shop as internal combustion engine (ICE) vehicles either, saving owners 50% or more in maintenance costs. In addition, EVs may be eligible for tax credits, rebates and other incentives, saving drivers like Sally even more.

Speaking of halves, driving electric cuts greenhouse gas (GHG) emissions in half (or more, depending on how a driver’s electricity is generated). Reducing emissions helps slow climate change, clears the air and lets us all breathe a little easier. Many drivers like Eric are also interested in achieving energy independence by producing power locally.

Techies want their cars to have the latest whiz-bang features, from the newest software to falcon wing doors. Instant torque makes EVs fun to drive, while a quiet cabin lets drivers hear their entertainment systems like never before. The Fionas of the world are one reason the advanced ChargePoint app is downloaded by a majority of all new EV drivers.

Why wait? Driving an EV means never making separate stops to refuel, saving trips to the gas station and all that time spent in line. Carl also realizes that traffic isn’t going to get better any time soon, so he’s found an innovative trick to combat it. Many states offer high-occupancy vehicle (HOV) carpool lane access to EV drivers, seriously cutting down on commute times. Nice move, Carl. Of course, most of us aren’t one type of driver. We’re probably a combo of cost-saving, environmentally-minded forward thinkers who don’t like waiting in line for gas or getting stuck in traffic.

To find out more about how electric vehicles drive a sustainable future, go to chargepoint.com/about/sustainability.