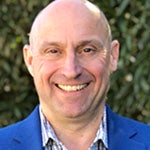 What Is Wireless Charging?

Initially, we think wireless is best suited for charging at home. The home is a good fit for wireless charging because it’s easy to park accurately and keep the charging pad clear. Wireless can also be useful for small garages where there’s not much room to walk around the vehicle and plug in. Outside of the home, wireless may be an application for autonomous vehicles that can position themselves accurately on wireless charging pads.

Public wireless charging has potential drawbacks, like the need for precise parking: if the vehicle in the spot next to the wireless charger is parked over the line, you may not be able to charge wirelessly. Snow, ice or foreign objects on a charging pad can also disrupt wireless charging, and while many systems can detect foreign objects, the car may not be able to charge until it’s been moved, the charging pad is cleared and the car is parked again. In the case of autonomous vehicle parking, attendants may be required to ensure the charging pads are clean and objects can be moved if a vehicle can’t charge.

Among automakers, Mercedes-Benz is currently leading the way in wireless on production vehicles available in the U.S., having committed that the Mercedes-Benz S550e will have an option for wireless charging in 2018. Other automakers will likely follow with their own announcements once wireless charging standards are more clearly defined. Until that happens, individual drivers may be able to add wireless charging as an aftermarket option from a third party, depending on the type of vehicle (wireless isn’t available as an add-on for all EVs, and it may not be a feature for all vehicles in the future).

Wireless Standards Are in Development

A major reason wireless charging isn’t yet widespread or available in more vehicles is because industry standards haven’t been established. The industry made significant progress toward standardization in 2016 and the Society of Automotive Engineers (SAE) recently agreed on a reference design for wireless charging, against which automakers can start to test their wireless charging solutions.

We’re encouraged by the reference design because it defines how power transfer will be tested between a charging pad and a receiver in an EV, marking a significant step forward in this area. Although the reference design addresses how power is transferred, it doesn’t cover some other critical parameters involved in wireless charging, including how the charging pad, charging station and the receiver in the vehicle communicate. As these parameters become defined in additional forthcoming standards, it’s likely that more automakers will start to offer wireless charging as an option in the next few years.

Why Are Standards So Hard to Define?

Wireless charging standards are complex because they need to define precisely how a wireless charging pad interacts with the receiver in a vehicle. There are many technical parameters to consider, such as coil configuration, operating frequency, proximity gaps, foreign object detection and communication protocols. For example, coil configurations might be circular or double-D shaped. Every parameter involved requires compatibility between the wireless transmitter in the charging pad and the receiver in the vehicle so EV drivers can count on wireless to charge their vehicles safely and efficiently.