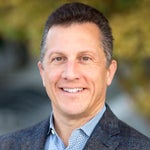 Pasquale Romano is President and Chief Executive Officer of ChargePoint and a member of the company’s board of directors. He currently sits on the board of Agilone, CALSTART, and the YMCA of Silicon Valley. Pasquale joined ChargePoint in February of 2011, bringing more than 25 years of technology industry leadership and executive management experience to the company. He co-founded 2Wire which was acquired by Pace plc for $475M in 2010. Previously, Pasquale held multiple positions in marketing and engineering at Polycom. In 1989, he co-founded Fluent, Inc., a digital video networking company and served as Chief Architect until it was sold to Novell Corporation in 1993. Pasquale holds an undergraduate degree in computer science from Harvard University and received his M.S. from MIT.

Have Your Cake and Drive Electric Too: Electric Mobility Milestones in 2017
The EV Ecosystem Comes Together in Europe
Forging Ahead in Europe
Redefining the "Day Trip": Electric Aircraft Are Closer to Reality Than You Think
ChargePoint Expands into Europe with Proven Solutions and a Commitment to E-Mobility
Making EV Road Trips an Everyday Reality