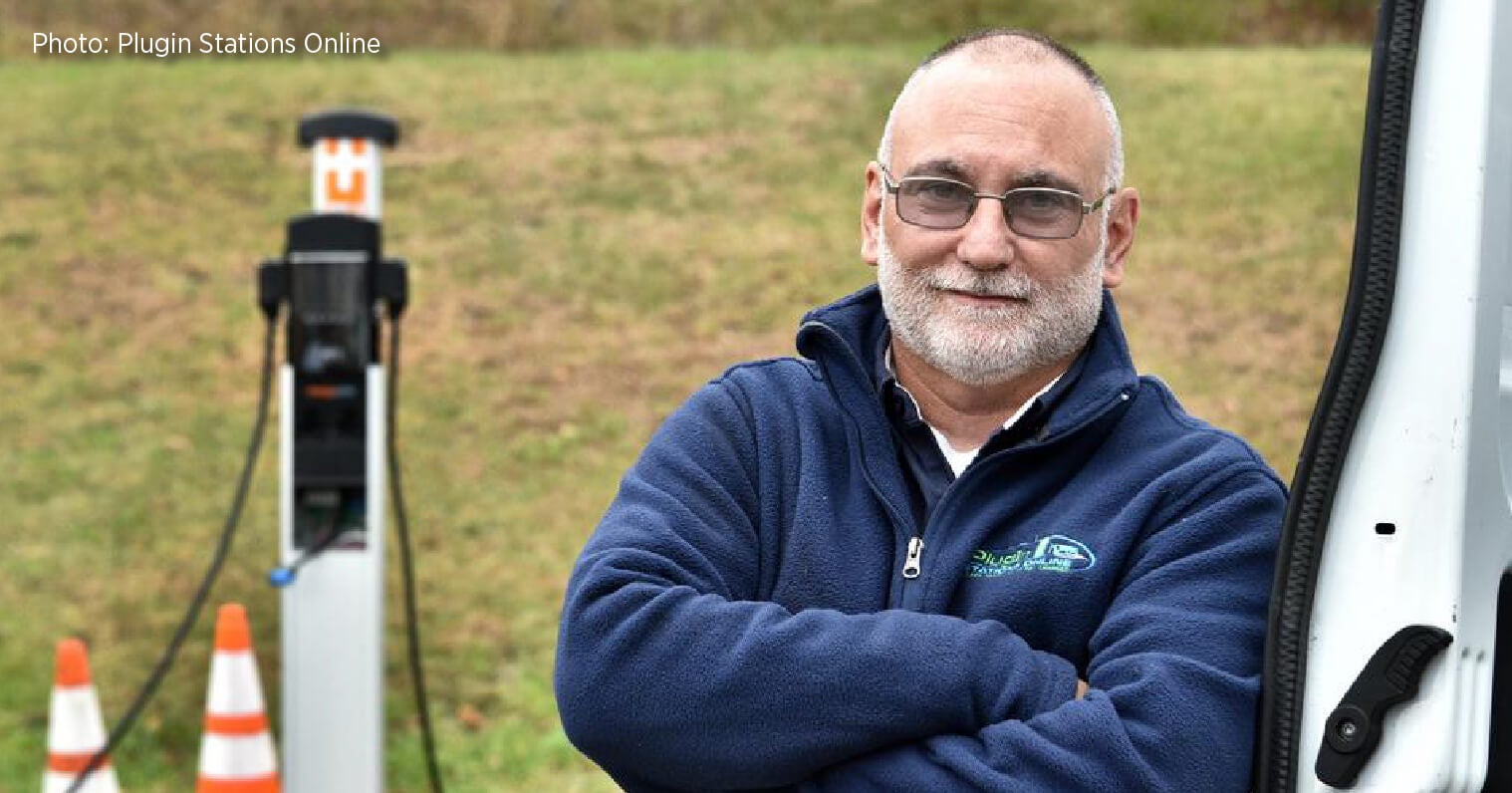 Albany, New York-based Plugin Stations Online (PISO) installs, sells and services electric vehicle (EV) charging stations in the Northeastern United States. The company was founded in 2011 by educator-turned-electrician, John Doran. As a ChargePoint premier partner, PISO is an operations and maintenance (O&M) channel partner for ChargePoint solutions throughout New York state. Since putting in the first publicly accessible EV charging station in all of New York, the company now has 14 employees and hundreds of installations under its belt. Recently, we had a chance to catch up with John to find out how much EV charging has grown over the years and what it’s been like to partner with ChargePoint over the past decade.

I started a PhD program all the way out in Vancouver, British Columbia and came back East because the program wasn't what was advertised. Long story short, I ended up becoming an electrician and moved back to New York. I was on a job where I met the guy (George Muglia) who would later become my business partner. He was a JD and I almost had my PhD and we were working as electricians. Eventually, I talked George into becoming a schoolteacher and I did as well.

How did the company come about?

After several years teaching, I said to George, “Let’s start a company together.” We didn’t want to do something average—there’s a million of those out there—so I suggested we sleep on it. The next morning, he says, “Charging stations for electric vehicles. It’s a niche market that’s going to explode in the future.” I said, “done” and here we are nine years later. 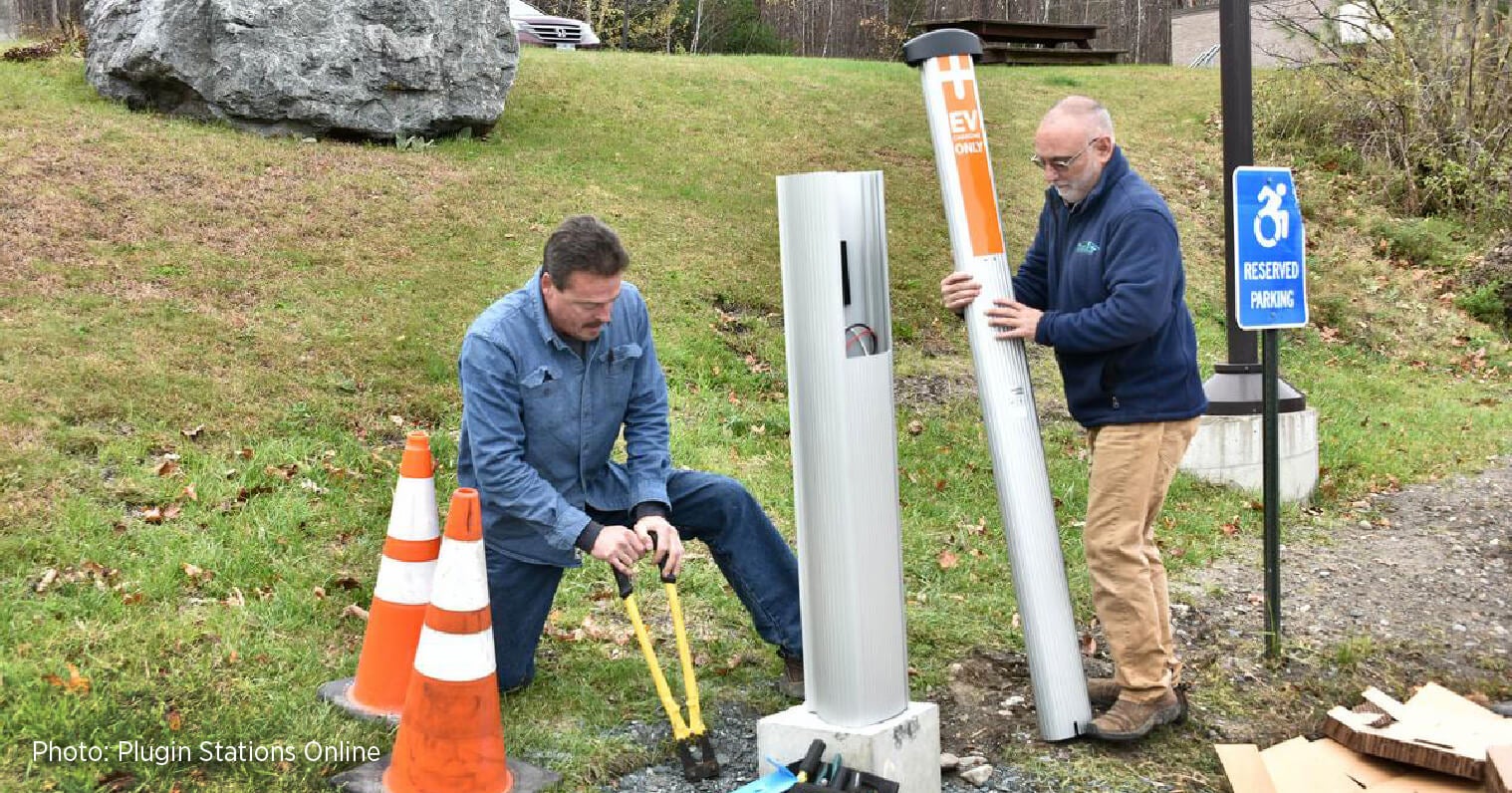 2011 was the early days of EVs. What was it like getting started back then?

We were able to go out and work with a lot of municipalities. That's where it really started. We started with one contract and that was approximately 55 stations along the New York State Thruway corridor from Buffalo all the way down in New York City. We made a lot of contacts. I guess one of the reasons that we've been so successful is that I've always had good partners. Things have really started to take off the market here in the east—it's just really started to explode, particularly in New York State.

Speaking of good partners, how did you get started with ChargePoint?

We always landed on the same thing. And that was that ChargePoint was the number one quality station in the world. The customer has to have a product that they're happy with. Regardless of the fact that the hardware itself is the industry standard, their software is also the industry standard. And that's why everybody always asks for ChargePoint here in New York State. We became a direct channel partner reseller.

We always landed on the same thing. And that was that ChargePoint was the number one quality station in the world. The customer has to have a product that they're happy with. – John Doran, Founder, Plugin Stations Online

What would you say are the top requirements you get from customers?

They're looking for ease of use. Many people don't understand how the whole situation works—they want a lot of visibility into what the stations are doing, how many people are using them. It used to never be the question but now it's always the question and that is, ‘Can we charge for charging?’ And when you say yes, you can charge for charging, okay they want to know how to structure that. And then we come at them with literally a litany of choices that they have with ChargePoint software. We sit down with them and they say, ‘Wait a minute, what do you mean you can create user groups?’ We say, ‘If you have students, you can put them into one user group and your staff into another group—all of your fleet into another user group.’ They’re bowled over by that. 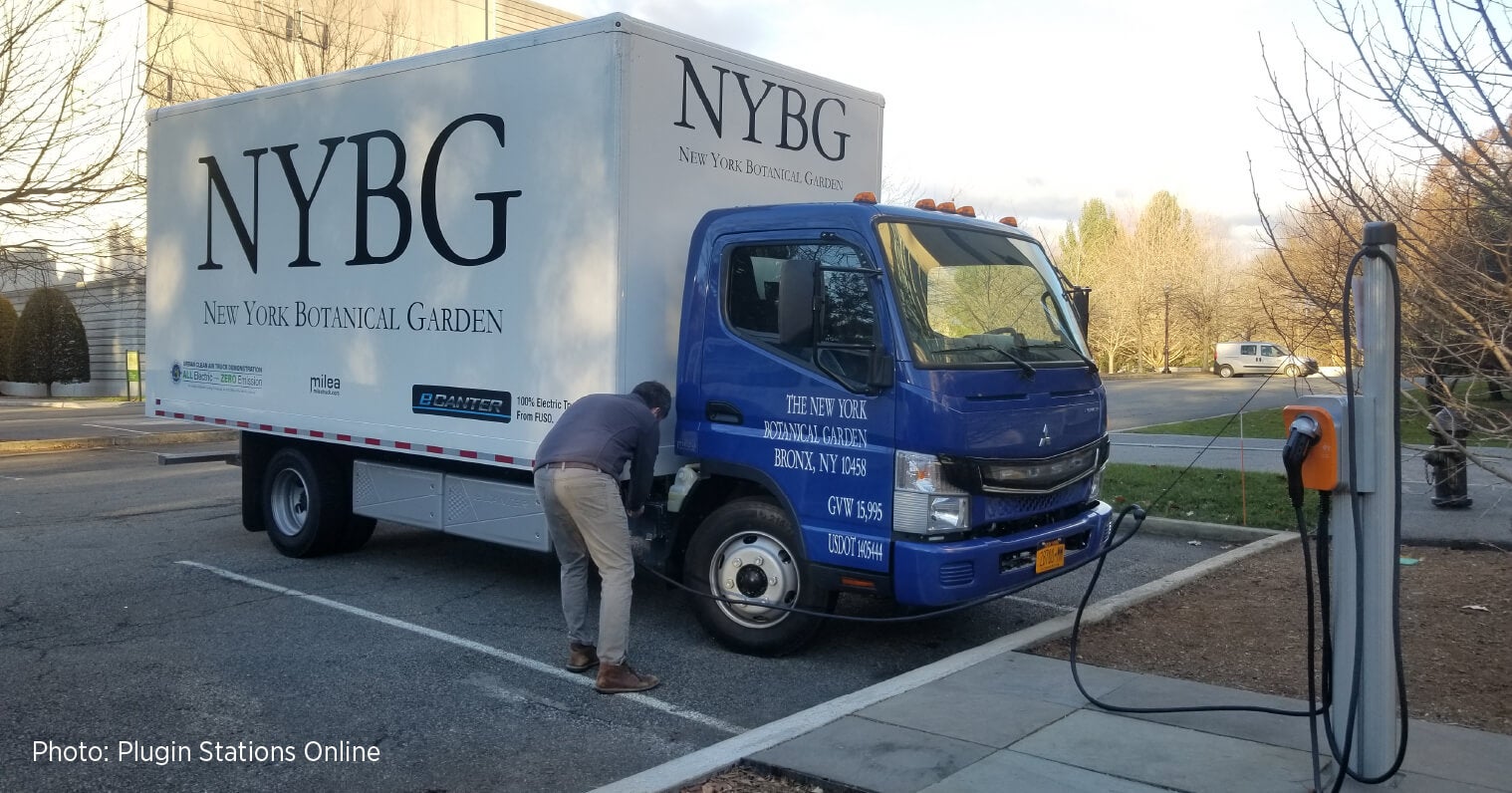 What are some of the more challenging requests you get from customers?

Some of the most difficult ones we've come up against are in deep parking garages. That's where we run into situations where you need to have cell phone range extenders. We had a customer out in the middle of the Catskills—I drove for an hour without cell service before I got to this place, that's how deep in the woods it was. We came up with the coolest ingenious idea. We did a Wi-Fi to Wi-Fi bridge about 150 feet to a cell phone range extender, which we put in a clear box right next to two [ChargePoint] CT4000s and we had these people online. I can’t tell you how happy they were. Not only did they get charging stations for their extremely high-end customers, they also got cell phone service. They were so excited!

We have a very successful relationships with the team at ChargePoint. Everybody that we've worked with at ChargePoint has been unbelievably friendly—very affable and very easy to work with. I can't give you guys any higher marks in that regard. It's been wonderful working with the teams. We've been able to formulate a really nice company here based on our relationship with ChargePoint.

You’ve been a ChargePoint Premier Partner for nearly a decade. That’s a long time. How’s the relationship going?

Think you have what it takes to be a ChargePoint partner? Check out ChargePoint University.

ACT Expo 2022: The year of the electric fleet vehicle