Polestar 2 Reimagines the Driver Experience, With ChargePoint Built In | ChargePoint 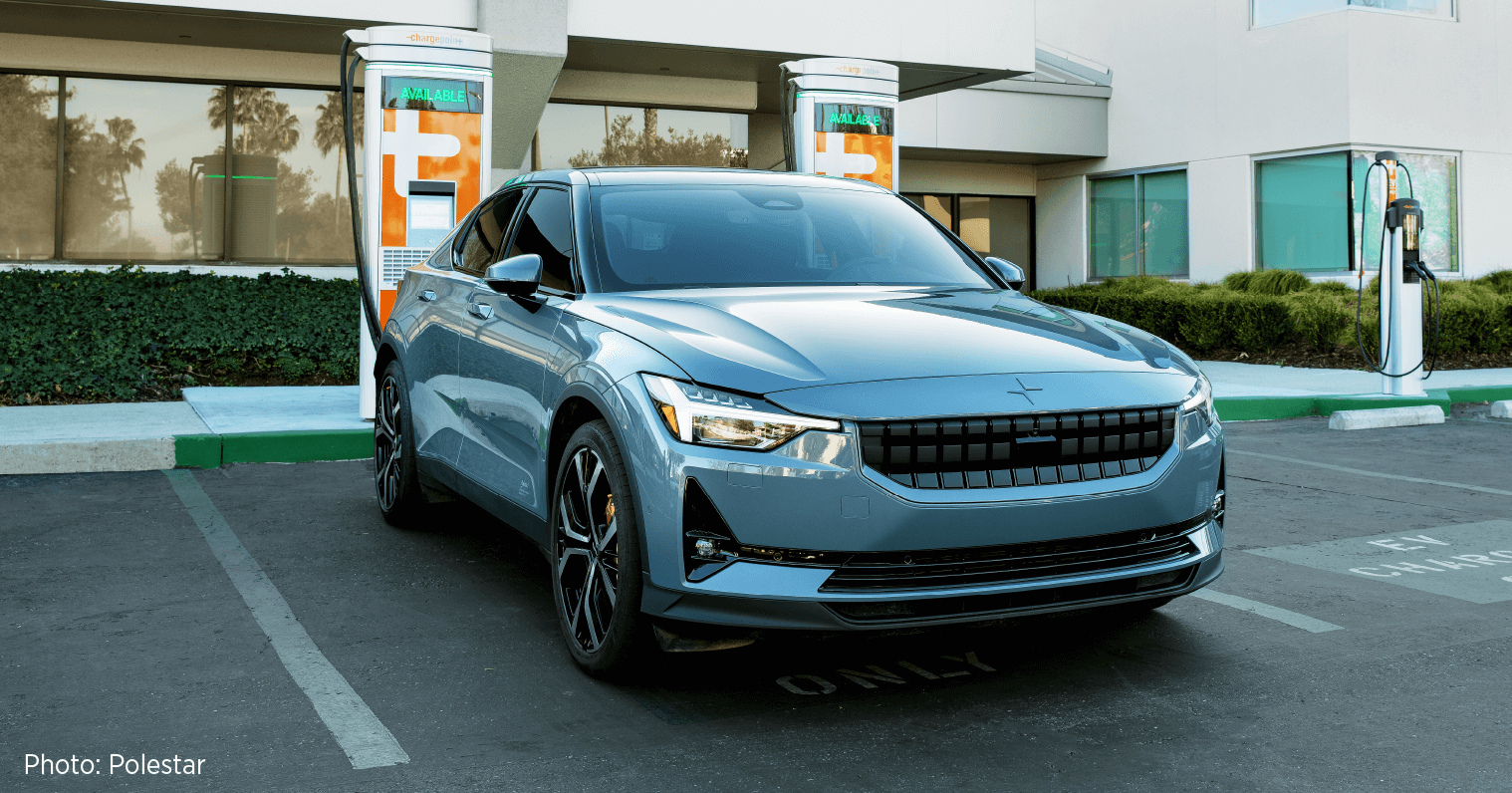 While today’s internal combustion engine (ICE) vehicles have gotten more advanced in recent years, driving one still feels a bit like piloting a modern device bolted onto 19th century technology. Given the opportunity to start anew, there’s little chance we would design a form of transportation requiring thousands of moving parts and an unsustainable and polluting resource to fuel it — much less a substance that has to be stored far away from the vehicle it powers in the interest of public safety. If we were starting from scratch today, we’d probably choose something less expensive, cleaner and closer to home to power it. Something like electricity.

This, for me, is the best infotainment system in any car right now. – Mat Watson, carwow

With both climate and air pollution in the news, both traditional automakers and born-electric startups are taking advantage of a second chance to rethink transportation from the ground up. Dozens of new battery-electric makes and models are hitting the streets in the coming months. In fact, 2021 is shaping up to be the year electric vehicles (EVs) rocket into the mainstream. Soon, consumers will no longer be asking whether or not they should drive electric, but which EV they should drive. One carmaker is helping with that decision. Purpose-built and performance-driven, the Polestar 2 answers the question, “What if a car was more like a mobile device?” Except, chances are, your phone can’t go from 0–60 mph in under five seconds. 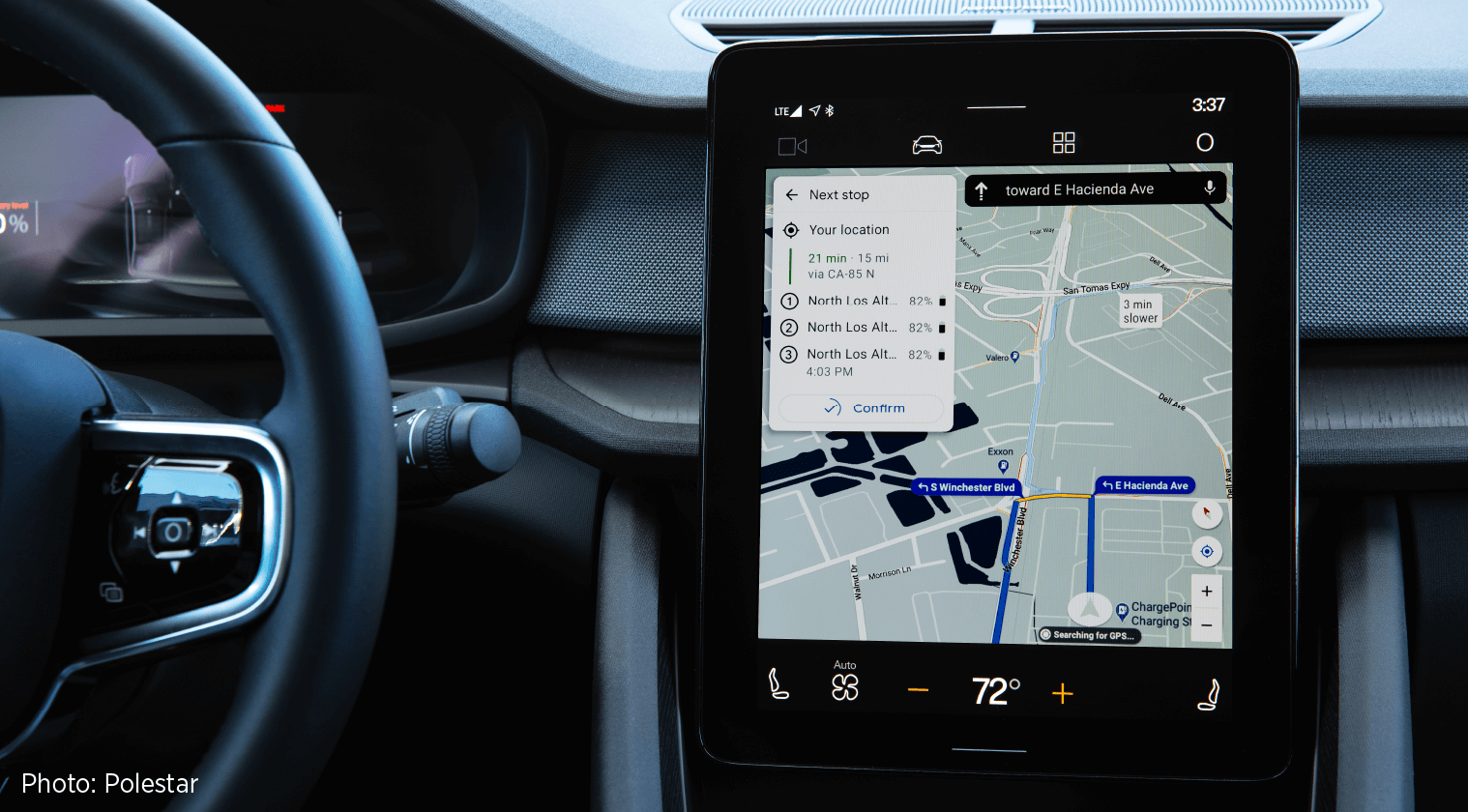 The Polestar 2 reimagines the passenger vehicle as if it were being designed for the first time using today’s latest technologies. The company’s first fully electric model is a revelation of both engineering and sustainability, inside and out. The minimalist, Scandi-style interior is lush, despite being made from “vegan-friendly” recycled materials. But it’s the infotainment system that’s really turning heads. Mat Watson, whose popular carwow YouTube channel has over a billion views and counting, calls the Polestar 2’s Android Auto–powered touchscreen console “the best in any car right now.” We agree. We may be a little biased though — Polestar did choose to include the ChargePoint app as a standard, seamless integration. Lucky drivers will not only have the best in-vehicle experience possible, but they’ll also have the world’s premier charging network at their fingertips.

Gregor Hembrough, head of Polestar USA, recently said that software drives the customer experience in electric vehicles. “From the Polestar app, you can learn about the vehicle, customize it, purchase and have it delivered,” he says. “If you need maintenance, that can be done from your phone as well. Software helps surprise and delight customers from a UX and CX perspective.” You can imagine how excited ChargePoint is to be integral to one of the most exciting, intuitive and sophisticated experiences of any vehicle on the market. Polestar is even offering test drives in select U.S. cities. Once you get behind the wheel, there’s a good chance you’ll want to get your hands on one. When you do, ChargePoint will be there, every exhilarating mile of every day.

Why EV Charging Is Essential