City of Lynwood Looks to EV Charging for a Bright Future 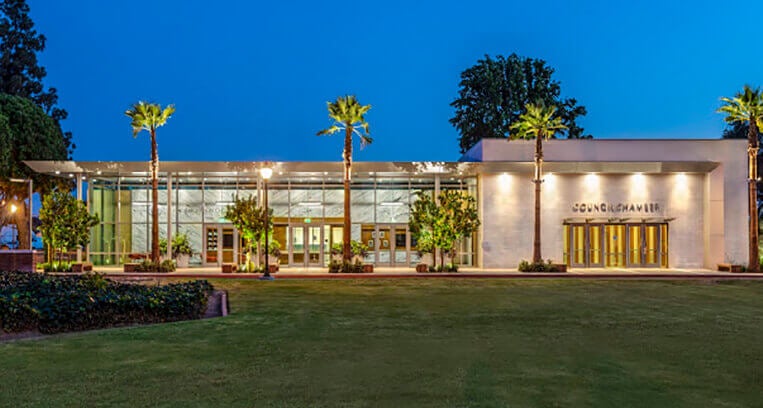 Lynwood, California is a working-class community of 70,000 facing some big challenges. Its neighbor, Los Angeles, a city of 4 million, has been named the most polluted city in the nation 19 years running. In addition to smog, Lynwood’s poverty rate is twice the national average, exacerbated by its young population, a third of whom are under the age of 18—8% higher than the national average. While city leaders wanted to reduce pollution, improve their image and inspire the city’s young residents to take pride in their community, they did not have the budget available to make big changes. Good timing, a prime location and a great utility program from Southern California Edison (SCE) helped Lynwood find a single solution that addresses all three challenges: electric vehicle (EV) charging. Specifically, ChargePoint smart networked solutions.

Timing came in the form of Charge Ready, a Southern California Edison (SCE) pilot program that aims to curb greenhouse gases (GHGs) by paying for the installation and offering rebates on EVSE infrastructure to non-residential customers. Because internal combustion engine (ICE) vehicles are responsible for more than 80% of the smog- generating particles that make up air pollution, Lynwood officials saw an opportunity to help make their city more livable—and breathable. “It was sort of a no-brainer once the Charge Ready program came into effect (in May 2016),” says Sal Mendez, Lynwood’s acting Public Works Director. “It’s something that we definitely wanted to jump on and do right away.” Lynwood was the first site for the pilot program, which has been so successful that SCE has proposed to deliver 48,000 additional charging ports over the next four years on top of the 1,250 they’ve already installed. Today, Lynwood has 8 ChargePoint public charging ports and 6 more to fuel the city’s brand-new fleet of EVs.

Sandwiched between two of the most congested roadways in the nation—Interstate 105 and I-710—means that every weekday Lynwood chokes on the exhaust of harried drivers commuting to and from L.A. City leaders saw an opportunity to attract EV drivers to their community. There are several gateway (or “hub”) cities near L.A. that lack charging infrastructure—or what Mendez calls “EV dead zones.” EV charging was an obvious differentiator, he says. “If you’re here for 30 minutes, an hour, two hours and we can provide an opportunity for you to come spend some tax dollars. It’s great for us and you get to charge.” he says. According to SCE, 50% of Charge Ready sites are located in disadvantaged communities most vulnerable to the effects of pollution— places like Lynwood.

" Having ChargePoint is one more tool in the toolbox. It shows that the community is forward facing, is looking at the next evolution of things and is trying to be on the cutting edge. "

Of course, EV charging will only attract commuters if it’s convenient, reliable and fast. And good-looking? Attractiveness was an important consideration for Lynwood, says Mendez. “We liked the aesthetics of the ChargePoint charger itself,” he says. “That was one big driving force, because it was going to be in front of our City Hall. We wanted it to look nice.” It’s also gotten people talking, says Mendez. “Last night when I was leaving the office, there was a young woman plugging in and another woman walked by and asked her about it.” Those conversations are helping build community, he says. As the world’s largest and most open EV charging network (with some 144,000+ drivers in Southern California alone), ChargePoint was by far the best known among drivers, which was another important consideration, says Mendez. “Once I researched all the other companies, all the other options that we had available to us [under the SCE program] ChargePoint had the biggest net,” he says. “At the end of the day, we wanted to reach as many people as possible, especially a community where we don’t have too many people with EVs already. I wanted to be able to choose the vendor that had the biggest reach and ChargePoint was the one.” Can EV charging single handedly change the city’s fortunes? Only time will tell, but by partnering with ChargePoint, Lynwood’s future looks brighter than ever.